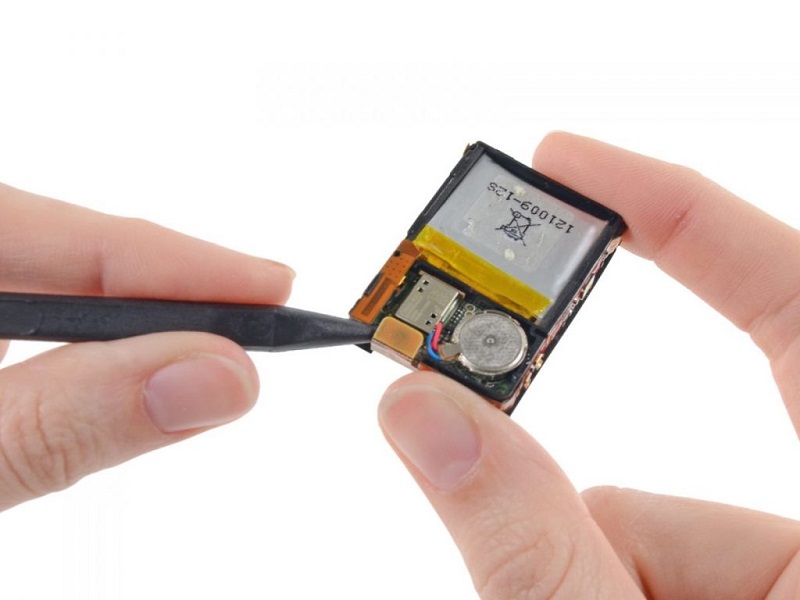 In this post, we’ll look at the different ways that some of the most popular wearables implement haptics. Outside of the Apple Watch, most wearables use a simple mini vibrating motor for haptic feedback.

Apple Watch
The Apple Watch was first introduced in the fall of 2014 and has since become the world’s best selling wearable device. It was Apple’s first introduction of its “Taptic Engine”, which provides haptic feedback for alerts and notifications. While the design of the Taptic Engine module is proprietary, it is likely a customized linear vibration motor.

Moto 360
Motorola first announced the Android Wear-powered Moto 360 in the spring of 2014. The device provides haptic feedback through vibrations produced by its ERM. Although the device vibrates to provide notifications, the haptic feedback is not as detailed or crisp as the vibrotactile pulses produced by the Taptic Engine of small vibrating motor inside of an Apple Watch.

Pebble
The Pebble, Pebble Time, and other Pebble variants contain ERMs that produce the vibrotactile alerts and notifications for the device. These ERM-type actuators are similar in function to the motor inside of the Moto 360, though they do not provide the same resolution of haptic effects that may be produced by a linear resonant actuator or piezoelectric actuator.

Fitbit Blaze
It’s unclear exactly which type of motor the Fitbit Blaze uses, but it appears to be an eccentric rotating mass motor like most other wearables. The Blaze’s haptic feedback is similar in resolution and detail to that produced by a Pebble or Android Wear device.

Within our Leader mini vibration motors, we offer several types of Linear Resonant Actuator (LRA) vibration motors (also known as linear vibrators). LRA motors are different to Eccentric Rotating Mass (ERM) vibration motors in the way that they work, they are used, and how long they last.

If you have an application that requires a durable vibration, or a high confidence MTTF rating, consider our Linear Resonant Actuator vibration motors as an alternative to long life brushless vibration motors. But, understand that that longer life and control does come at a slightly increased cost of complexity – continue reading to find out more. 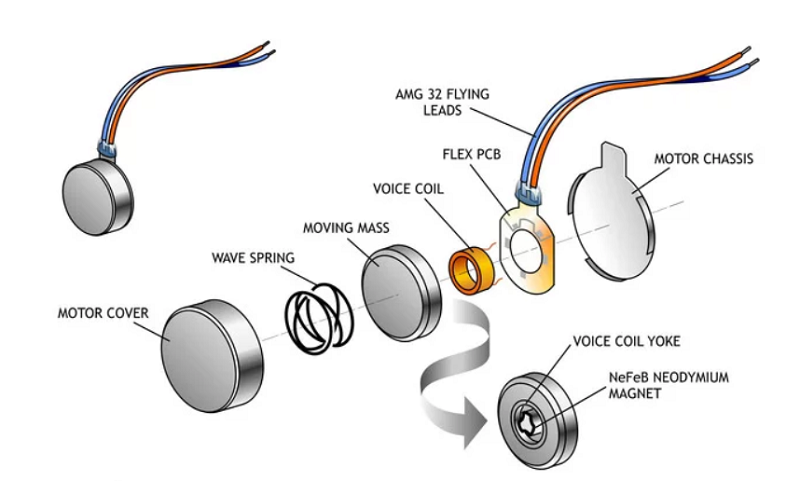 The illustration above shows the general arrangement of parts within a Y-axis LRA vibration motor. Those readers familiar with audio engineering will note that the voice coil drive is very similar to that loudspeaker. However, instead of a cone that generates sound pressure waves, there is a mass that generates vibrations.

Below is another LRA which works in the same way, however, the vibrations are directed in only the Z-axis. This offers users a greater choice in design as they can produce vibrations in either horizontal or vertical directions. 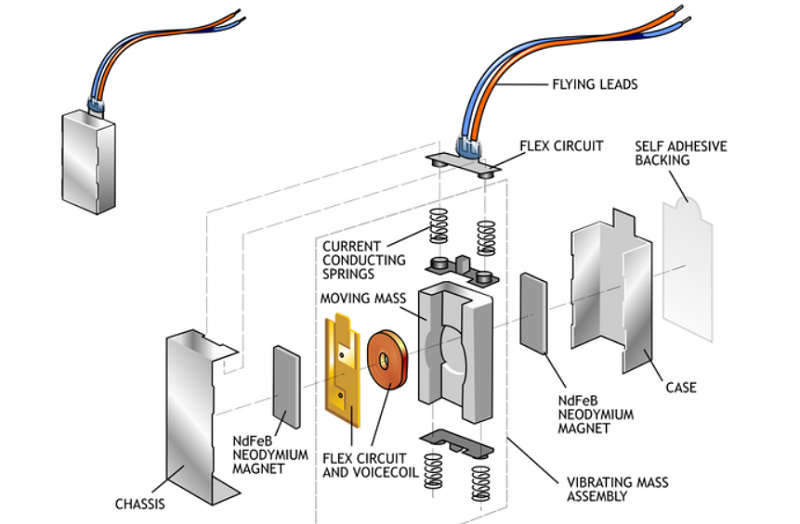 Extended Lifetime For Linear Vibrators
Unlike most vibration motors which have an electromechanical commutation, LRA vibration motors are effectively brushless as they use a voice-coil to drive the mass. This means that the only moving parts that are prone to failure are the springs. These springs are modelled with finite element analysis (FEA) and are operated within their non-fatigue zone.

We also sell an increasing range of brushless ERM motors which offer long-life vibration in two planes rather the single plane offered by the LRA motors.

Here are some linear vibratiion motors of our company: 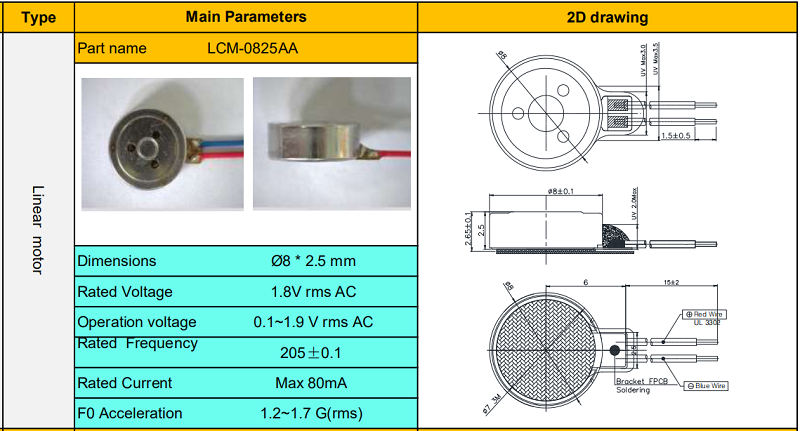 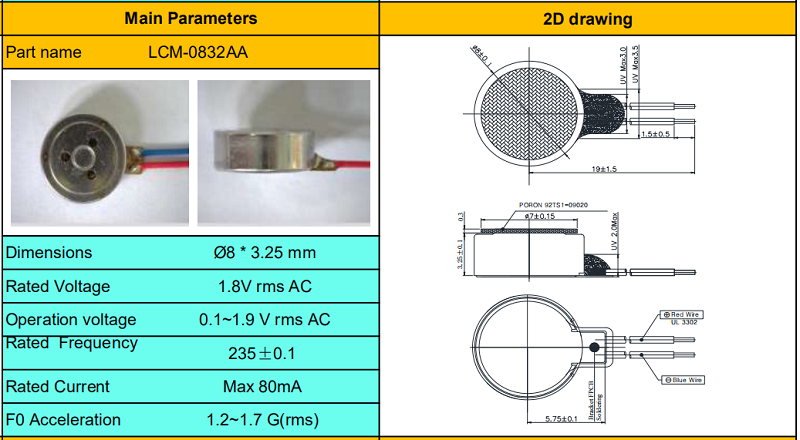 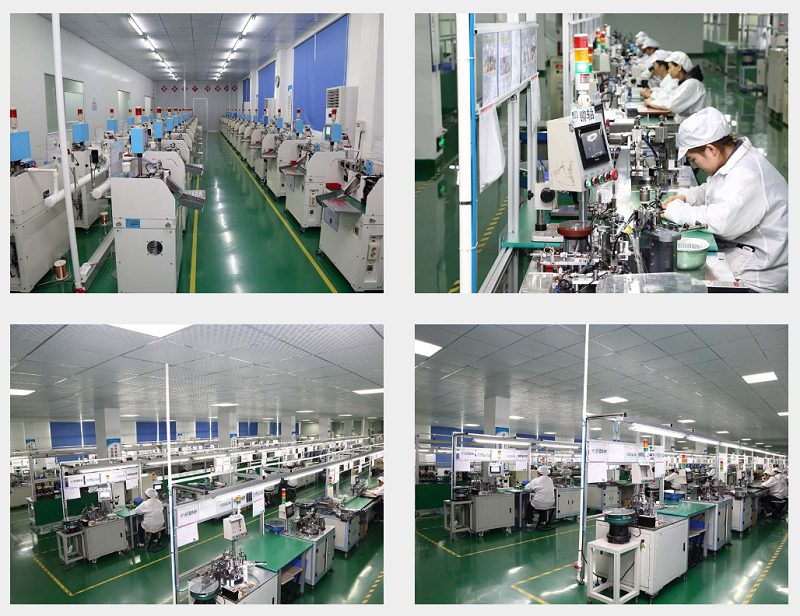