What is the constitution of a linear motor?

The moving electromagnet with three-phase ac electric excitation (as stator) is installed on both sides of the aluminum plate (but not in contact) in two rows. The magnetic force line is perpendicular to the aluminum plate, and the aluminum plate generates current by induction, thus generating driving force.As a result of the linear induction Motor stator in a train, a guide rail is Short, so the linear Motor is also called “Short stator linear motors” (Short – stator Motor);

The principle of a linear motor is that a superconducting magnet is attached to the train (as a rotor) and a three-phase armature coil (as a stator) is installed on the track to drive the vehicle when the coil on the track supplies three-phase alternating current with a variable number of cycles. 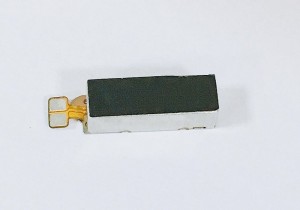 Traditional due to using a dedicated rail, rail transport system and using the steel wheel as the support and guidance, therefore with the increase of speed, driving resistance will increase, while the traction, train when resistance is greater than the traction is unable to accelerate, so has been unable to break through the ground transportation system theoretically top speed of 375 kilometers per hour.

Although the French TGV has set a world record of 515.3 km/h for a traditional rail transport system, the wheel-rail materials can cause overheating and fatigue, so the current high-speed trains in Germany, France, Spain, Japan and other countries do not exceed 300 km/h in commercial operation.

Thus, to increase the speed of vehicles further, it is necessary to abandon the traditional way of driving on wheels and adopt “Magnetic Levitation”, which allows the train to float off the track to reduce friction and greatly increase the speed of the vehicle.In addition to not causing noise or air pollution, the practice of floating away from the driveway can improve energy efficiency.

This magnetic levitation system USES a magnetic force that attracts or repels a train away from a lane. The Magnets come from a Permanent magnet or a Super Conducting magnet (SCM).

The so-called constant conductance magnet is a general electromagnet, that is, only when the current is switched on, the magnetism disappears when the current is cut off. Due to the difficulty of collecting electricity when the train is at a very high speed, the constant conductance magnet magnet can only be applied to the magnetic repulsion principle and the speed is relatively slow (about 300kph) maglev train.For maglev trains with speeds of up to 500kph (using the principle of magnetic attraction), superconducting magnets must be permanently magnetic (so the train does not need to collect electricity).

The magnetic levitation system can be divided into Electrodynamic Suspension (EDS) and Electromagnetic Suspension (EMS) due to the principle that magnetic force attracts or repels each other.

In addition, the train must be started in other ways before its magnetic field can generate induced current and magnetic field and the vehicle will be suspended.Therefore, the train must be equipped with wheels for “take-off” and “landing”. When the speed reaches above 40kph, the train begins to levitate (i.e. “take off”) and the wheels will automatically fold up.It is reasonable that when the speed decreases and is no longer suspended, the wheels will drop automatically to slide (i.e., “land”).